Excepting a couple weekend jaunts in October, we are now home for a while and I must say that I’m happy to be here.  I do love to travel, but I am challenged by the sense of upheaval that I always feel when leaving home.  My Pilates routine did end up suffering a bit over the past couple weeks.  That’s a bit of a bummer for me, but I’ve come to realize something about My Pilates Body Boost:  it’s become my new Pilates reality.  When I finish up the project, I’m just going to keep on going indefinitely.  Falling off the wagon a wee bit for the benefit of sharing some new and wonderful experiences with my boys was a perfect trade.

Perhaps my sense of upheaval upon departing home has to do with the fact that I tend to pack a lot of life into my days.  As we were getting ready for a long day of travel that began at four am, I was getting crabbier and crabbier.  Mostly I was thinking about how impossible I’ve made my life to leave and ironically (at least in print) how impossible it is to take with me.  You know, the irrationality of emotions.  The result of all this brooding was that the computer stayed home and so did all my herbal supplements and breast-milk-boosting vitamins.  Upon choosing not to pack that all up, I repeatedly told myself as I puttered around:  I’m going to rely on tree medicine and stress-free living for the next week.  It mostly worked, the only thing lacking was sleep.  But the trees and the sounds of the lake (minus the power boats), made up for that within twenty four hours of our arrival.

In the middle of Thursday night, my husband woke me from a deep sleep when he said:  “Oh my, a giant spider!!!”  This is perhaps the worst thing that a person could say to me in the middle of the night.  (When I attended sleep-away camp as a teen my tent-mates claimed that I would sit up in my bed during the night frantically screaming “bugs, bugs, bugs!”)  I am a city mouse, no two ways about it.  And my city of choice has remarkably few bugs, which really works for me.  That night, after having a few freak outs in which I frenetically brushed off my entire body and vigorously shook my hair, after going to the bathroom, after my husband thoroughly checked the bed and realized that there was not actually a spider but that he’d had a dream, after I laid in bed for nearly two hours, after my son cried out the name of his current 11-year old object of affection but by some grace did not actually awaken, I realized that I had myself a bit of insomnia.  So I got out of bed and wrote out all my thoughts which is roughly when this post took shape.  The cool thing is that I was no worse for it in the morning.  Tree medicine is potent stuff.

My time at Taproot’s Squam gathering kicked off with Phoebe’s class and what a joy it was!  Meeting Phoebe was a real treat for me.  She is the picture of poise and honest good sense, in my opinion a perfect combination.  I had intended to make something with my favorite pair of overalls from my youth as the point of the class was to weave something special from our childhood into a new toy.  It hadn’t occurred to me that a goose would be the ideal animal for me to make since it was my main nickname as a child, until I was sitting there in class.  I made the goose but didn’t end up finding a way to involve the overalls that didn’t completely take away from the goose.  So another project awaits me. 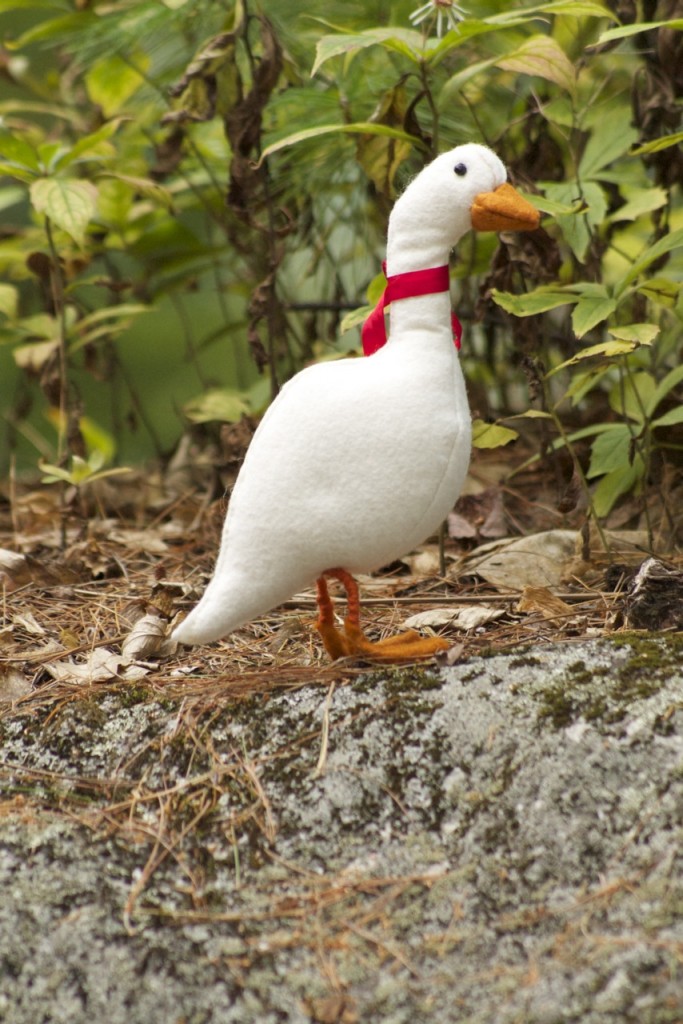 Which brings me all the way back home to one of my very favorite places that I have been meaning to share with Adele ever since we met.  I am hoping to have a post on Castle in the Air very soon.  Throughout my days at Squam, I kept thinking of Castle in the Air, I guess that it’s my local source of what Squam does for so many people.  More on that to come, I promise.

It wasn’t long before we broke the ice with the other families in attendance.  Kids take care of that, which is great for parents who might tend to be shy at large gatherings of people far from home.  Being part of the family flurry made for non-stop entertainment and kept the feeling awkward-at-being-in-a-new-place to a minimum.  It became something of a private joke, since this most frequently occurred when I was the only adult with a couple kids, how many times I was mistaken for somebody else’s husband’s wife or child’s mother.  Clearly in the eyes of camp we were something of a unit, an entertaining and appreciated unit. 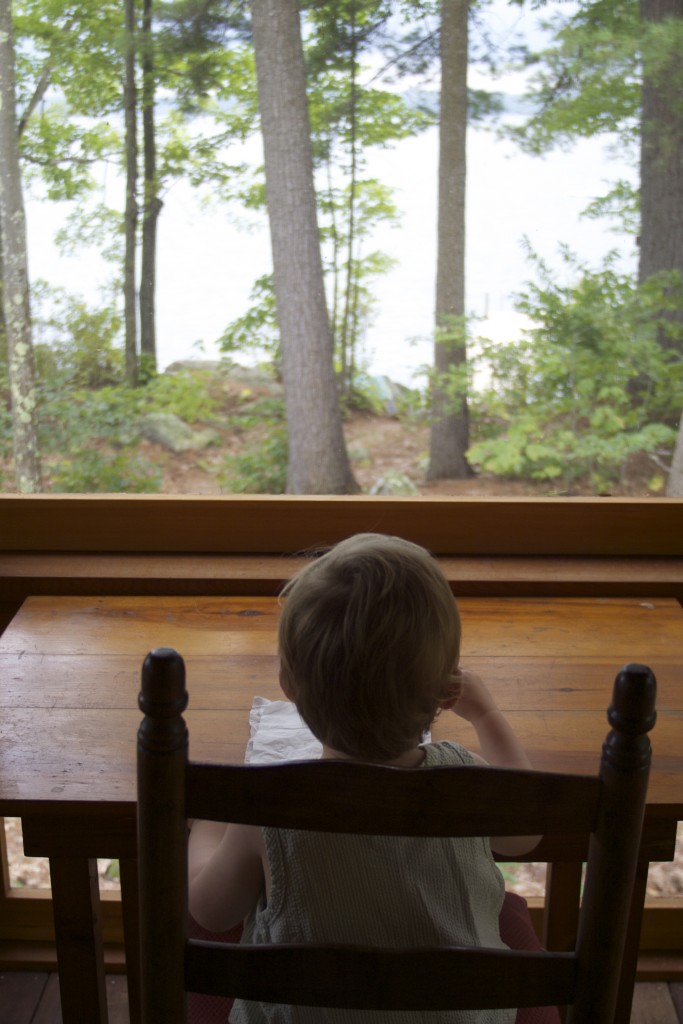 When we conceived of the idea of attending the gathering we were looking for a vacation.  That meant that there had to be something for us both to enjoy and so Friday was my husband’s day to express his creativity in the woods.  He took  Thea’s class which he really enjoyed and we’ve got some beautiful photos to show for it.  My personal favorites are below.  As I am a lover of all varieties of moss and tiny plants, I asked my sweetie to take the first one and he graciously complied.  Thea gave her class participants a little gift which I ended up with since it’s perfume.  Funny, because I’d been fantasizing about perfumes that serve a higher purpose rather than just being headache producing.  I love that this one is also bio-energized just like my favorite skin care products (again, a couple other posts on the topic are in the queue.)  But really I love that coming so far from home, I am reminded of what I love most in my little world and find new connections to those loves in the wider world.  To me, that’s some of the best that adventure has to offer. 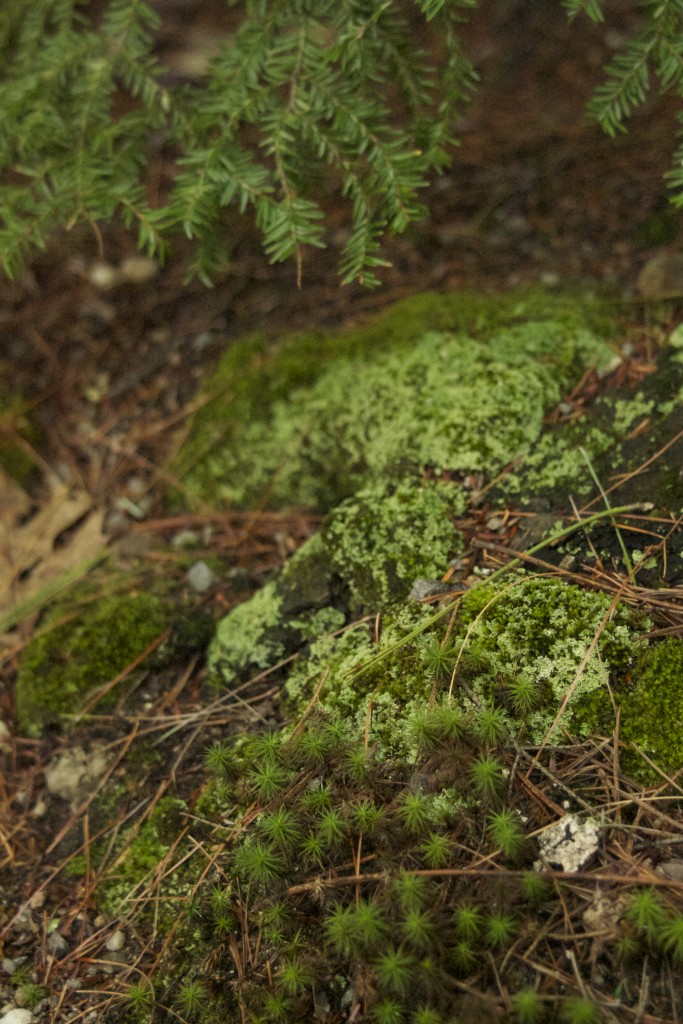 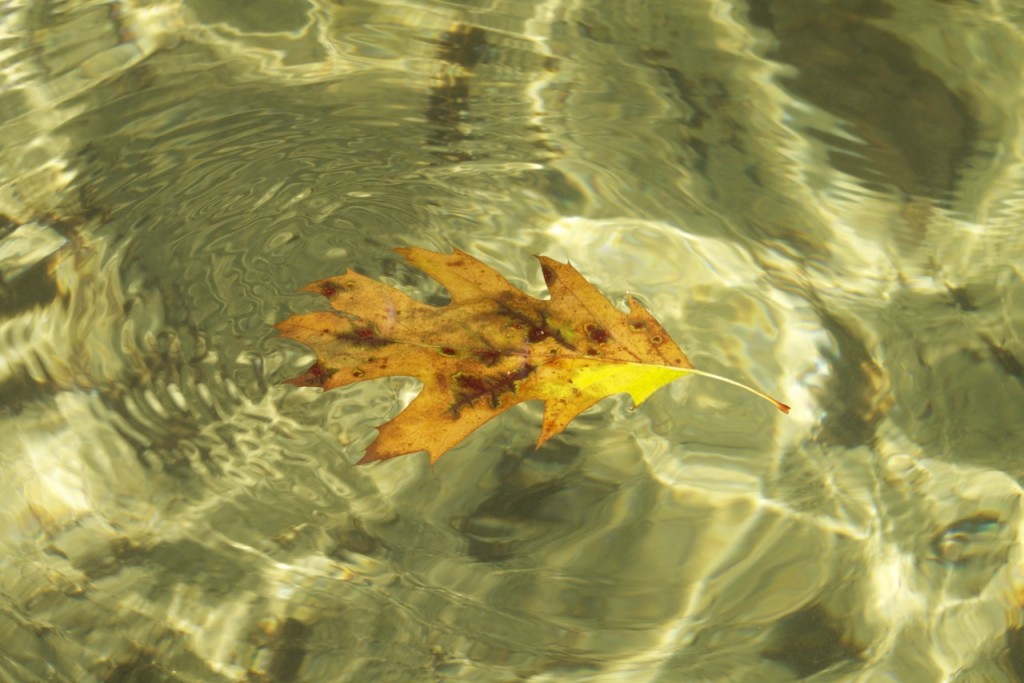 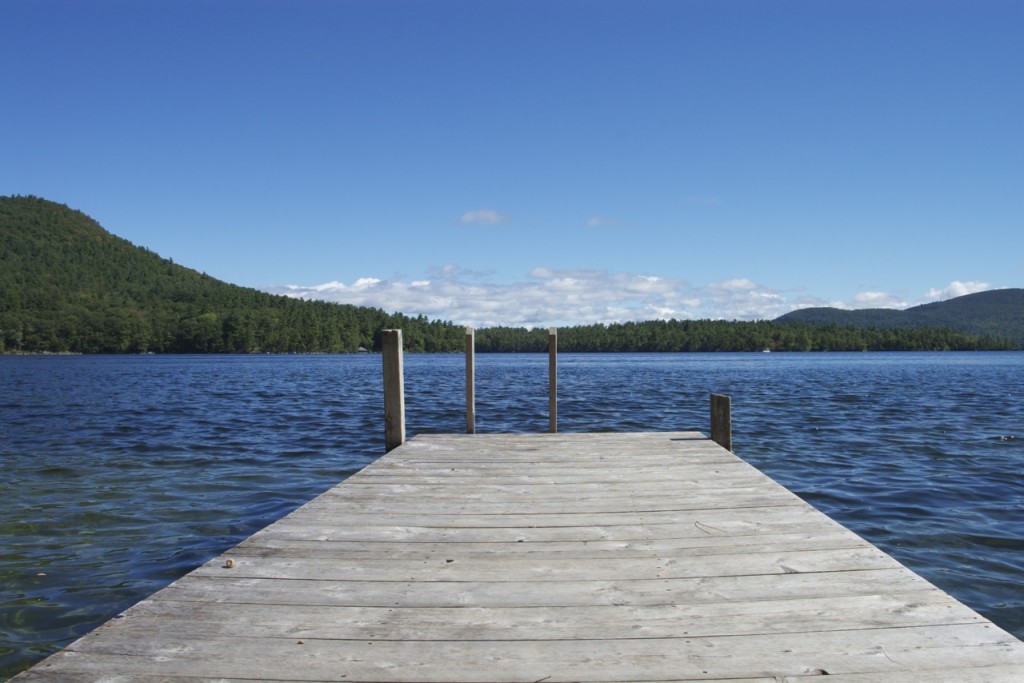 As far as my Pilates workouts, I just did them in the cabin while the baby slept.  But we did manage to capture a few shots of me by the lake.  One of my favorite things to do with him is to collaborate on creative projects.  He is such a talent and so perfectly complimentary to me in that he is the one that makes so many of my visions come into being.  It is so wonderful to go on an adventure as a family because we bring the best of ourselves, the relationships that we share, along for the journey.  Here are the best ones in no particular order. 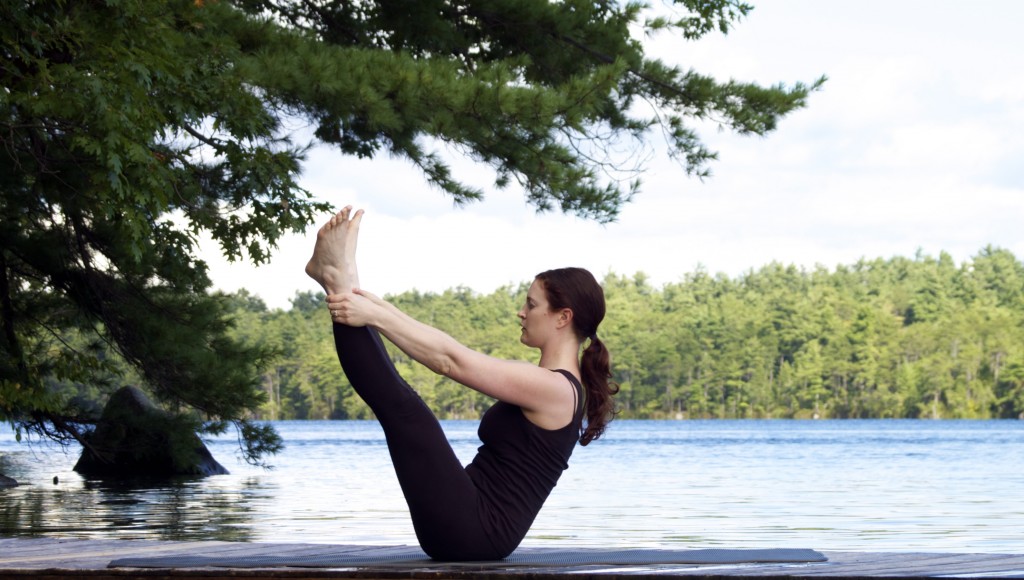 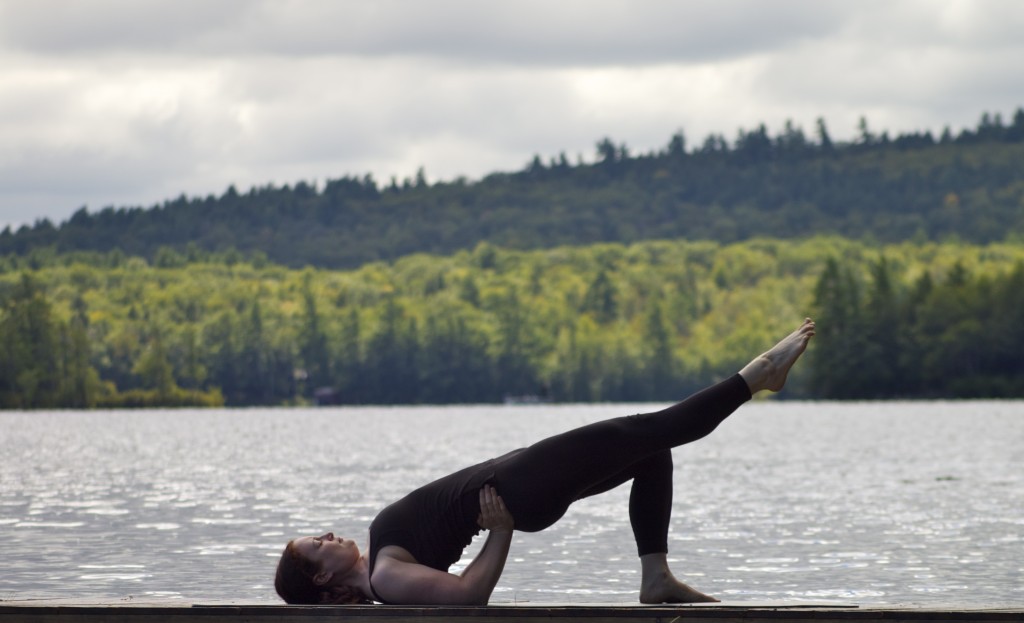 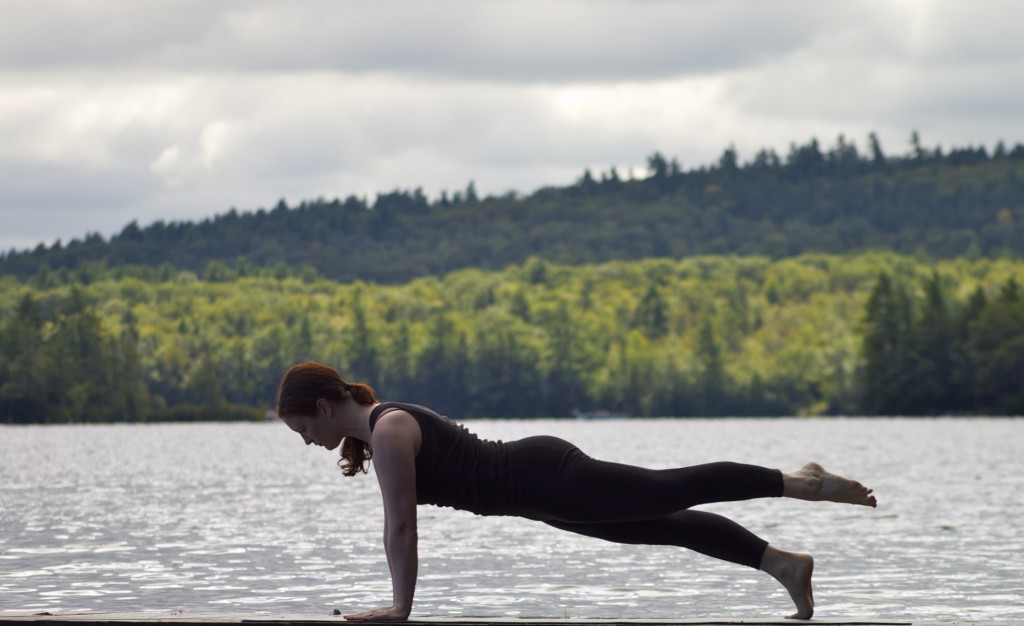 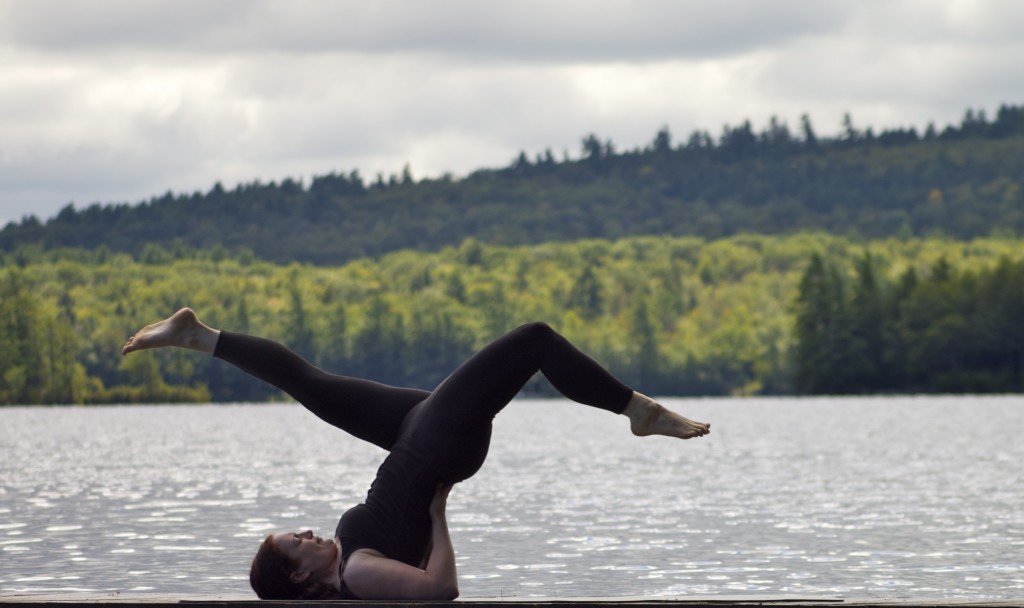 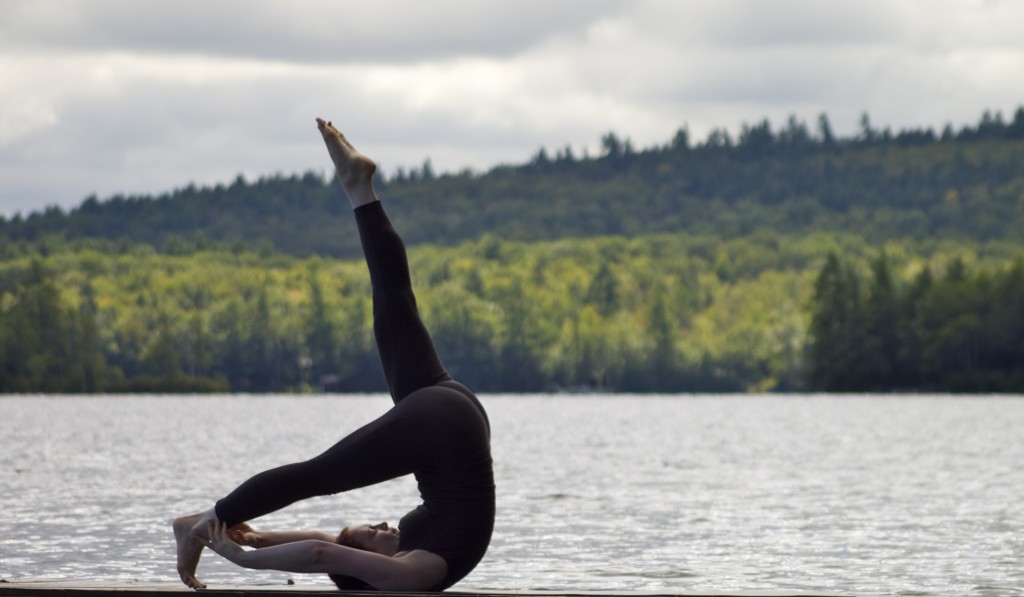 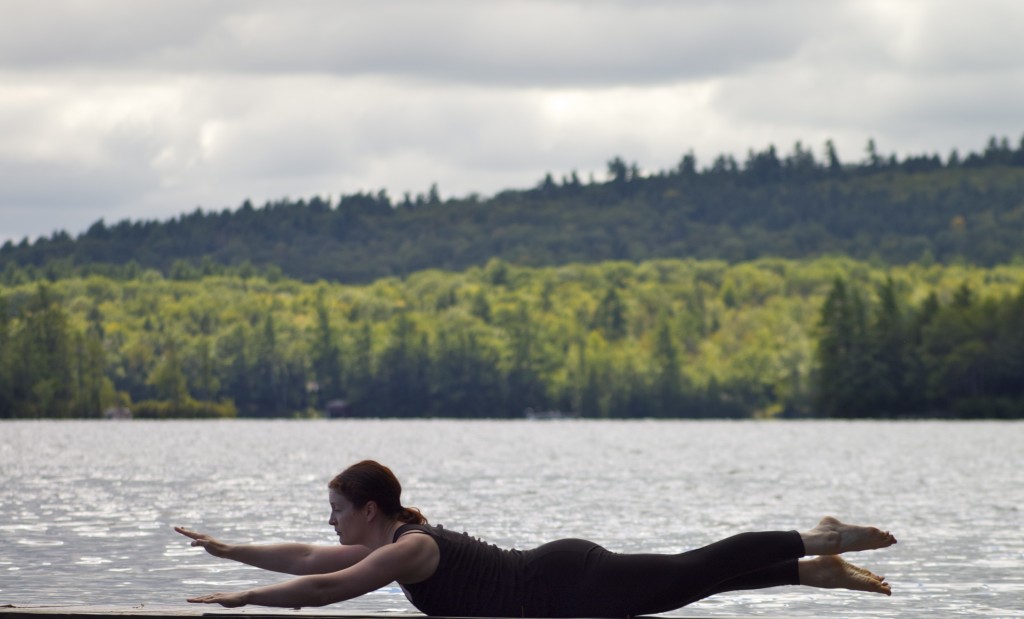 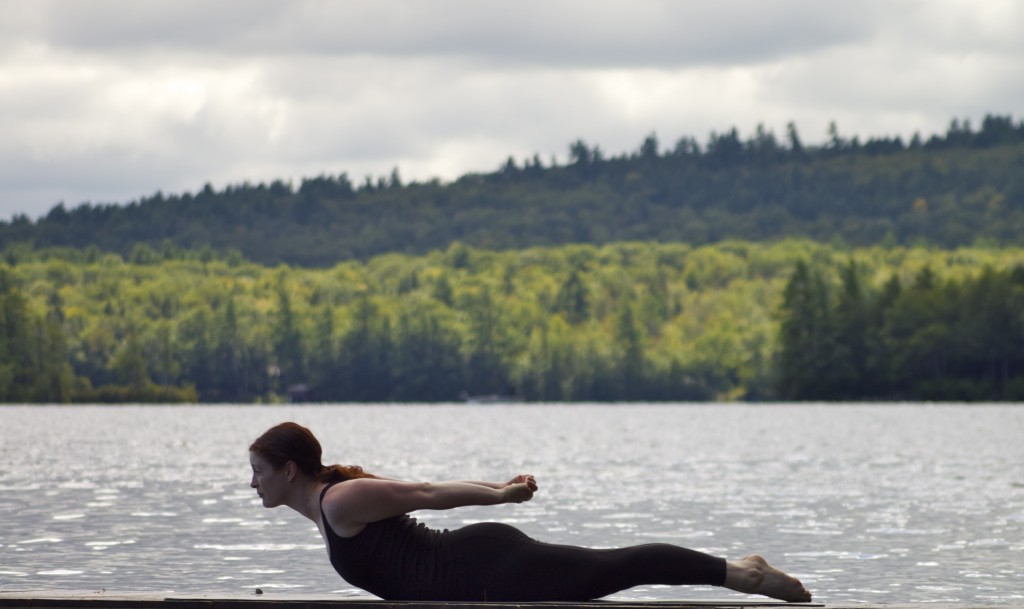 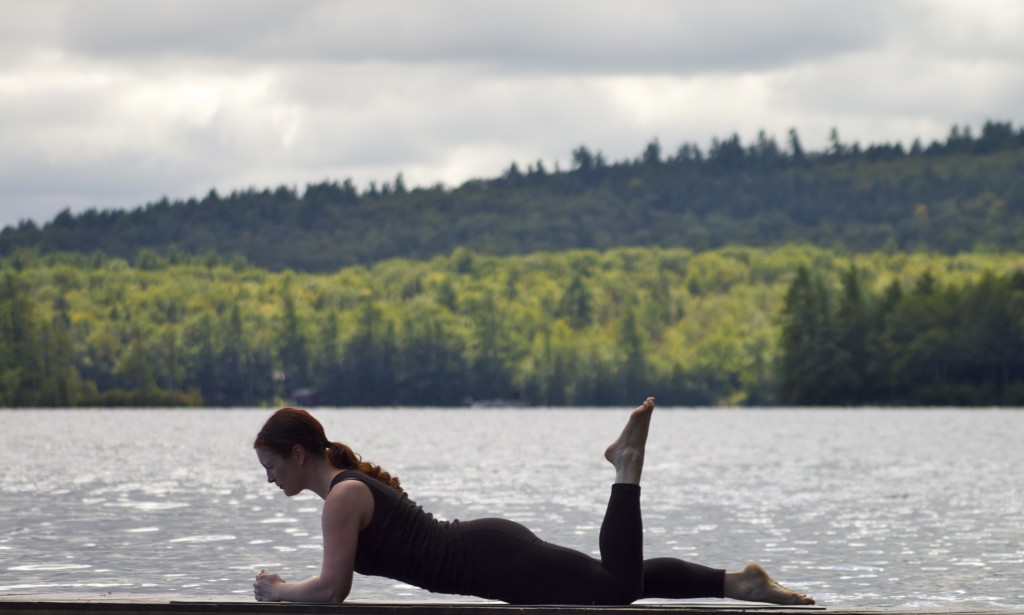 I loved the fair and so wish that I’d had some money to spend on all the beautiful wares.  Hopefully by next time.  Phoebe’s booth was such eye candy!  But my favorite booth was Stephinie’s because it was a such a pleasant surprise to see her there.  Seeing her beautiful baby quilts, silks, and garlands live and in person was a real treat.  They are stunning.  I especially loved her new garland with the phases of the moon.  Someday…

Rockywold Deephaven Camp is an amazingly beautiful facility.  Being there really clued me in to what makes Squam possible in some ways.  I’m not sure why it didn’t dawn on me before, but Squam is sort of like camp for crafty adults.  And if you’re going to go to camp, you want to do it where people know how to camp.  It seems that generations of camp enthusiasts at RDC have perfected the balance of rustic charm and creature comforts.  Being there once makes me hungry for more, to be sure.  The beauty of camp is that it brings us back to ourselves and then we take that experience back into our world to live our days with a little more fullness, joy, and communion with all the life that surrounds us.  The magic of camp is within us all the time, it’s just good for us to go into the woods to rediscover it periodically, once a year at least.  In the between times, we can cultivate that magic in any number of ways.  I’m thinking of one book in particular that has often served me as a reminder for the potential within us that camp reveals.  And so it is that I return to the normalcy of life, with a little more magic woven in than before thanks to my time shared with some lovely companions on lake Squam.

1 thought on “Taking Pilates on the Road”