I realized that this dress of mine deserves its own post.  Because it’s been a while since I took on such an ambitious project (necessity is indeed the mother of invention), and it turns out that I’ve learned a thing or two since then.

When I was learning to sew as a girl, I would often reach points of such frustration that I’d throw in the towel.  My mother would kindly pick up the pieces and help me complete the project.  When I moved to California I had a lot of time on my hands and my very own sewing machine (my graduation gift from my mom).  I began to sew all sorts of things, and I even worked as an assistant to a seamstress for a spell.  I learned a lot during that time.

By the time I reached my thirties I was most comfortable sewing without a pattern, something that I’d never thought was possible when I was a child watching the beautiful dresses that the adults around me whipped up.  (To be fair it was only my step mother’s mom who impressed upon me the great feat of sewing without a pattern, as far as I know both my step mom and my mom were more comfortable with patterns).  Regardless of how I went about a project, there was often a fair amount of cursing involved.  (I’ll never forget the day that I was working in the seamstress’s shop across from a repair man who was at work on one of her other machines.  He and I were both cursing to ourselves as we went about our tasks.  Frustration seemed to be the unifying experience for us that afternoon).  It is a wonder that I’ve sewn as long as I have, because for the majority of the project hours that I’ve logged, I’ve been in a state of frustration.  Determined, focused, frustration.  I am an intense person in the midst of a project:  the house gets very messy, I eat whatever food is most readily available, I don’t shower or brush my teeth.  It’s an ugly business making pretty things.

Getting pregnant really mellowed me out (if you don’t count the fact that I gave myself about six months of nasty wrist pain with all the sewing and crocheting that I was doing).  And now that I have my kid around while I’m sewing I’ve noticed something interesting.  Like most moms at home with kids, my time for sewing is sporadic.  This turns out to be a very good thing for me.  I end up completing projects in much more digestible chunks.  And while the frustration is still there, the moments are much briefer because I inevitably have to move on to the next thing.  Perhaps that’s why the cursing has subsided, which is a very good thing because my boy is in the repeat-everything phase of language development.

Being a mom agrees with me in so many ways.  I’m always grateful to find yet another one.  And to embrace the fact over and over again:  my beautiful boy is my teacher and I am his willing and eager pupil.  (Mostly).

Here are a couple notes on this dress in particular.
1).  I managed to do a fair job of shaping the bodice but still the overlapping side didn’t stay put.  So I’ll have to add a hook and eye for the next time out (luckily the bride had some double-sided skin tape on hand that did the job for the wedding.
2).  It was Theresa Laquey who taught me about darts and I will be forever grateful:  darts ADD volume, they don’t reduce it.
3).  I’m not sure that I should ever make clothing out of non-stretchy fabric.  It’s just so much better in so many ways.

Looking at these photos, and forgiving the fact that I felt incredibly awkward and my husband found that fairly annoying because it made me a difficult subject, I see all sorts of room for improvement in this dress, I am truly my own worst critic.  But here’s the important thing:  I made myself a pretty (enough) dress out of fabric that I had on hand.  And I danced the night away in complete comfort.  That’s a double win for a project that I only took on under duress.

I’ve got plenty of other more pressing projects than sewing ones.  But there are still many in the queue and somehow I just managed to purchase fabric for five of those tops I mentioned here a while back at, you guessed it, Piedmont Fabric.  How does that happen?  Hopefully I’ll get back behind the machine before too long, it really will be lovely to have some flattering tops in my closet.  Compared to this dress those will be a snap. 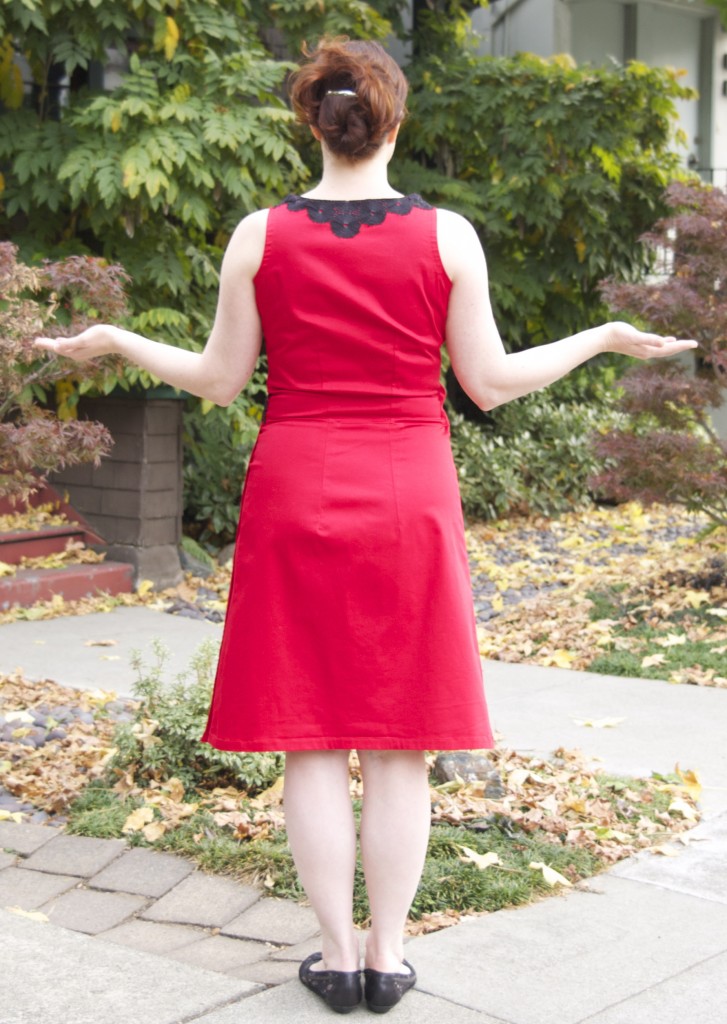 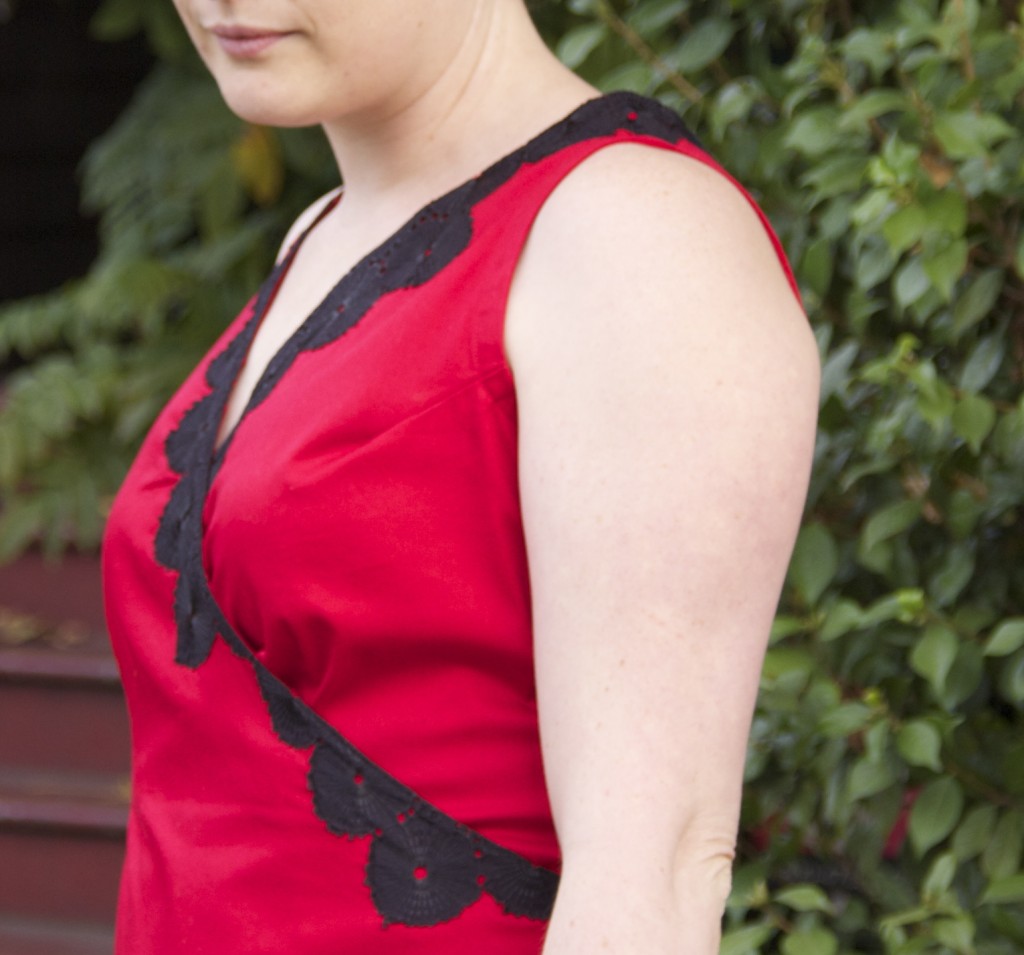 2 thoughts on “Notes on Making Dresses at Home”