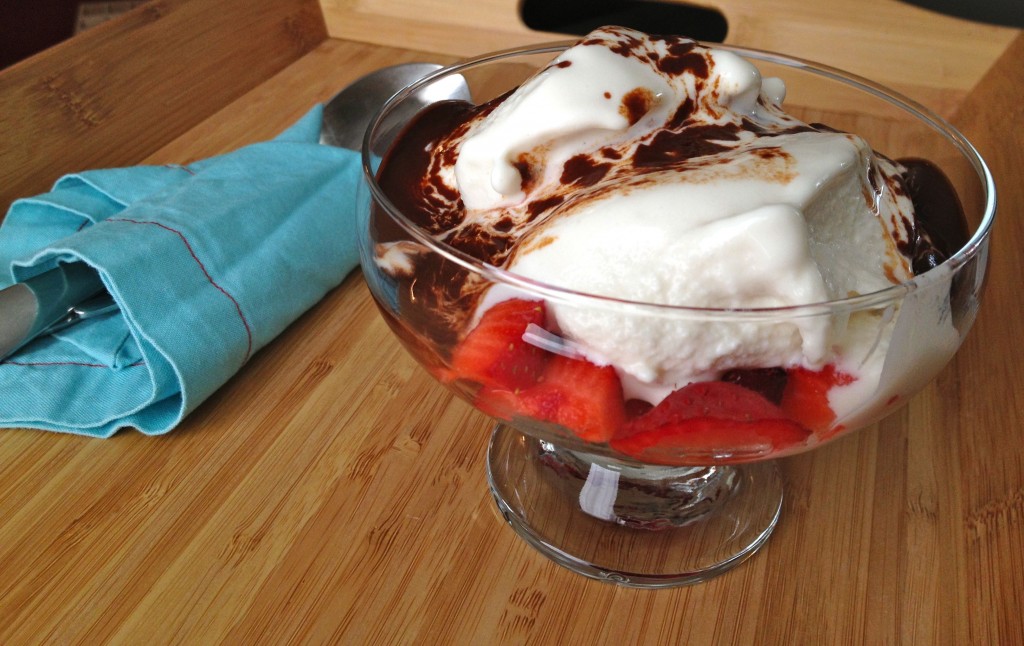 A perfect treat for Mama!

That’s what my husband exclaimed after hearing our childcare provider and I chat about the special days in May between Mexico and the US – his Spanish isn’t complete so it takes him a while to grasp the content of conversations when we’re not talking in English.

He thought that Mother’s Day was next weekend.  He’s not good with dates.  And all he does is work and hang out with us so he’s pretty removed from the rest of the world.  Luckily for all involved, I’d resolved to handle my own Mother’s Day celebration.  Since one of my clients had brunch instead of Pilates, I’d already been to the Farmer’s Market for some fresh produce and a plan for homemade frozen yogurt with fruit and carob syrup was in development (I’d been reminiscing about the frozen yogurt bar at the Hudson’s Marketplace last week and had a hankering).

I’ve had some “big thoughts” on being a mom lately.  But today it seems that the lesson is a simple reminder that came by way of the morning’s events.  It’s something along the lines of fulfilling the role of mother completely involves knowing how to mother ourselves.

At the grocery store I asked the cashier if he’d called his mother yet.  He had some face piercings and perhaps judging from his appearance he might not be the sort of guy who was too eager to call his mom so I was careful to pose the question with a curious rather than nagging tone – indeed I was simply interested in sharing in my sense of celebration for moms everywhere.  His response was so sweet:  that he’d called her first thing, that he’d called her yesterday too, just in case he forgot today.  And furthermore that he had the feeling that she might be of the opinion that he called her a bit too much given his age.  Just goes to show, even the folks that may look a little rough have a mom who loves them and they love her right back.

Blessings to each and every mother out there and every child who loves her!