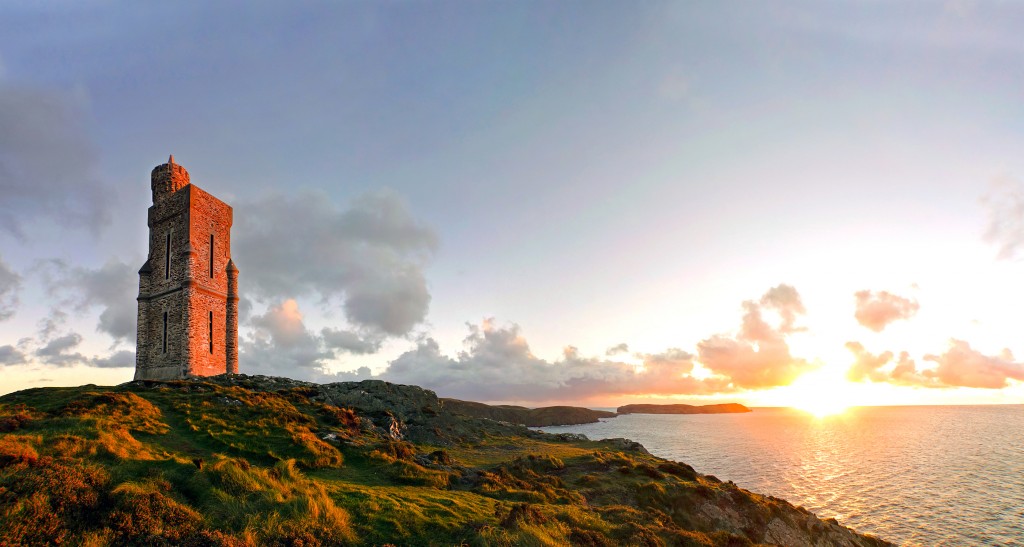 The Isle of Man looking far lovelier than as a prison

I started writing in this space for a few reasons.  A big part of how I chose to set up the space was to write under a pen name.  My husband has tried to convince me to drop the name many times over and yet I’ve stuck by it.  When I opened this space I was burned out on the Pilates personalities that I’d been working with.  Traversing the psychology of my teachers was an exhausting labor that I’d taken on in my quest for knowledge.  When I turned my attention toward being a mom, I no longer had the energy to hold other people’s stuff.  I am biased in believing that is what we ultimately do when we accept others’ personality quirks and stifle our own frustrations with them in order to complete some sort of task, be it learning or producing some sort of event in which we play host and organizer.  I also did not want to inflict my personality on others.  I wanted to have a place where I could share what I know and the insights that I’ve gained through experience without blatantly promoting myself.  I wanted the ideas to be enough.  Because I believe that while we must live out our lives in a series of actions and interactions, if we apply some analysis to those activities we can improve.  But the two things are often separate.  Having a space for ideas makes sense to me.  It gives me a place to put my thoughts so I can keep on living in the present.  And I hope that it offers others a place to do the same.

For what felt like a long while, I had very few people reading my posts.  That was fine on a couple levels since the space was in large part for me and my posts are sometimes more stream of consciousness than most readers would like.  But I am by nature ambitious and I wanted my ideas to be “out there”.  At least a little bit.  Somebody suggested that I post on FB and so I did.  And then somebody who had started another FB forum invited me to join it.  That is when I started to share my posts, only the ones that I felt were relevant to that community.  And people did start to read them.  I have little idea what they thought, but at least they stopped by and had a look.

Once I turned that corner, I came to realize that all bloggers with success engage in self-promotion to a degree.  In most cases, people are writing as themselves and so when they know people in the real world those people also know about their blog.  I had naively thought at one point that blog friendships could happen online.  Not so – they happen in the real world and are merely mentioned in the blogosphere.  I had effectively cut myself off from that avenue of promoting my writing through the nature of my blog.  Creating a space apart from the real world had some serious ramifications, as my husband had pointed out.

Following that thread of insight further along it’s fairly obvious that at a basic level we are all self-promoting.  Anybody who thinks otherwise is fooling themselves.  For a long time I held a romantic story in my imagination about how someday I would be noticed and supported in becoming something more than my lowly beginnings in the midwest.  It’s the story of fairytales and being “discovered” by some talent scout.  In all candor, I carried that romantic ideal into my adult life and my Pilates training.  It is in the Pilates world too – how many people tout that Romana or some other great teacher called them a star or honored them with some title of expertise?  Apart from the fact that I’m not that person, and perhaps because of that I had to learn through time and experience that I was the one that had to do the discovering of what I have to offer this world.  And then I have to have the courage to present it to the world.  No one is going to introduce me to the broader world, I have to do that myself.  Most of us do.  In reality even the stars do.  I’ve spent enough time in LA to see all the people clamoring for their moment in the spotlight to be seen and “discovered”.  We are all self-promoter in one way or another.

And finally, this discussion would be incomplete were I not to point out that Joe Pilates was a fierce self-promoter.  He traveled to a new country twice to do his work.  In NYC, he was a stranger in a new world, and for the second time he was living in a place that was at war with his nation of origin.  Germans were not popular in the US in Joe Pilates day, he had no choice but to self promote.  I think that’s important to remember.  The work of Pilates builds our confidence from the inside out.  It makes us into self-promoters because we become so impassioned about the work that has fortified us for living a productive and meaningful life.  While it is always important to temper ourselves and our tendencies and I believe in a constant process of self improvement which lends itself to being more cooperative than a purely self-interested person would be, I think it’s equally important to know our roots.  Pilates started with a passionate hot headed genius who carried out the work of his dreams in a sea of strangers who were bound to misunderstand him.  He did it his work and enough people got it to carry it on till today.  At some fundamental level, self promotion is the reason that we have Pilates today.

On one of the forums that I joined under my pen name way back when, there is currently a thread on the topic of self-promotion.   It hits a chord within me for obvious reasons.  I am very much of the mind that I want to participate in the community in a larger way than just promoting my own work.  But I’m bound by my choice to be anonymous and so I end up doing the very thing that I set out not to do.  I wanted to explain myself a little more thoroughly somewhere, and this is the place.  And to make a broader general point, that our actions are usually the result of complicated mental machinations.  We each have our reasons for participating in any given community the way that we do.  Which is all the more reason to practice compassion and maintain an attitude of curiosity.  We will learn far more from those perspectives than from quick judgements based purely on outward behavior.

Here’s to learning to accept the important role that strong individuals play in a thriving society even if that means accepting the reality of self promotion.

And to bring my point just a little further home, I’ll add a quotation from the Orson Scott Card novel that I’m currently reading because I love it when an idea I’m currently marinating on shows up in an unexpected way:
“‘I’ll tell you what I think, ‘ said Wiggin.  ‘I think you don’t grow up until you stop worrying about other people’s purposes or lack of them and find the purposes you believe in for yourself'”